So I apologize in advance if my posts this week aren’t as frequent.  I’m out on the road again and as usual, I’m crazy busy.  By the time I get out of work, which isn’t too late (I’ve worked much later), I’m wiped out (one of the many perks of pregnancy) and either have more work to do in my room or just pass out.  But this is my last work trip until the baby’s born.  Getting into my third trimester in a matter of a couple weeks.  Wow we’re almost there!

Anyhow, this “Trippin” post is a long time coming.  I have SO MANY images from Barcelona that I wanted to share with you all.  And as much as I tried to downsize the amount of pictures I shared, I just couldn’t.  The city is just that beautiful and amazing.

I can’t explain why I love this city so much!  It was ridiculously touristy, but there’s so much here.  History, art, music, religion, food, etc.  A little something for everyone.  I hope to go again some day soon.

White after labor day?  Preposterous!  Faux pax schmo pax.  I don’t believe in those ridiculous old school fashion rules such as don’t wear darks, like navy blue, with black.  Fashion is about pushing the envelope.  Why do we even have rules?  Although, I will say you should dress for your body type and be conscience of what works and what doesn’t for you.  Anyhow, I didn’t wear this outfit after labor day, but I’d wear it right now since it is scorching hot in the bay.  I actually wore this outfit during my vacation. 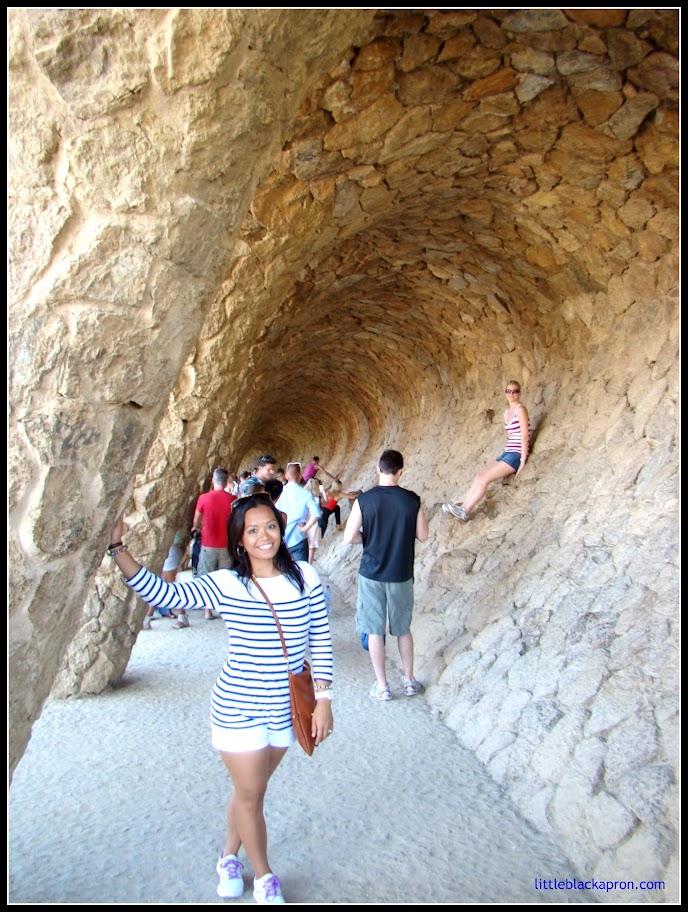 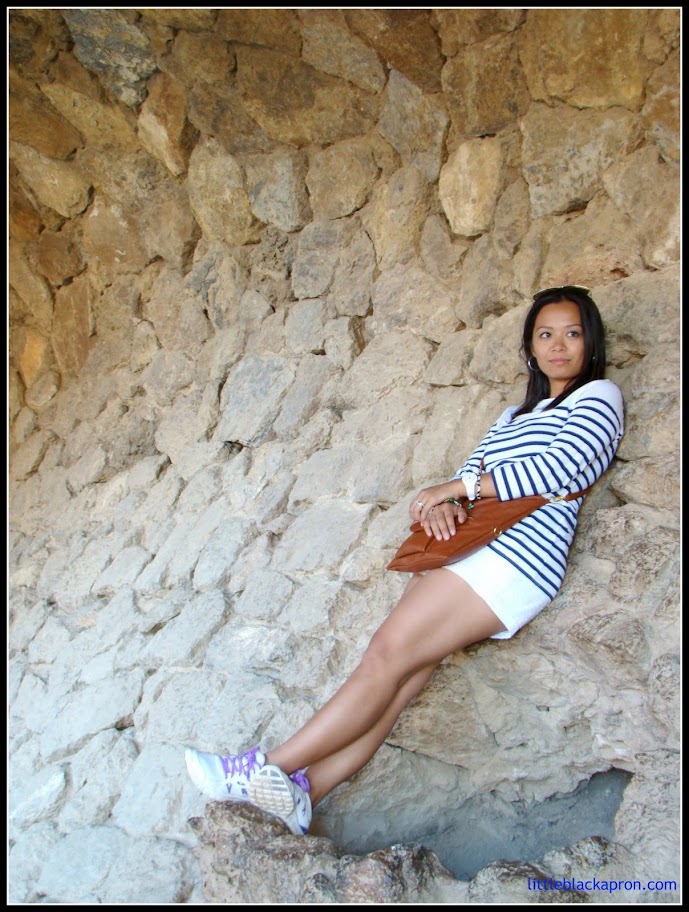 The hubs told me to take a “serious” picture.  I wanted to crack up as he was taking this.

These pictures were taken at Park Guell in Barcelona.  Park Guell was designed by Antoni Gaudi and has a BE-YOU-TEE-FULL view of Barcelona, absolutely breathtaking.

I really love this outfit but I wish I could’ve worn the other pair of TOMS, which I purchased prior to the trip, with this outfit.  But after learning that the trip to Park Guell would be a hike, I knew I had to wear “sensible” shoes.  Sigh!  But I DO love these Frees.  They are SO comfy!  I also LOVE THESE SHORTS!  These shorts are the white eyelet shorts I purchased during my Banana Republic Factory haul in July.  After our trip to Park Guell, they got really dirty.  Needless to say even after I threw them in the laundry in Barcelona, I got too paranoid about getting them dirty during the vacation that I didn’t wear them again until we got to Virgina.